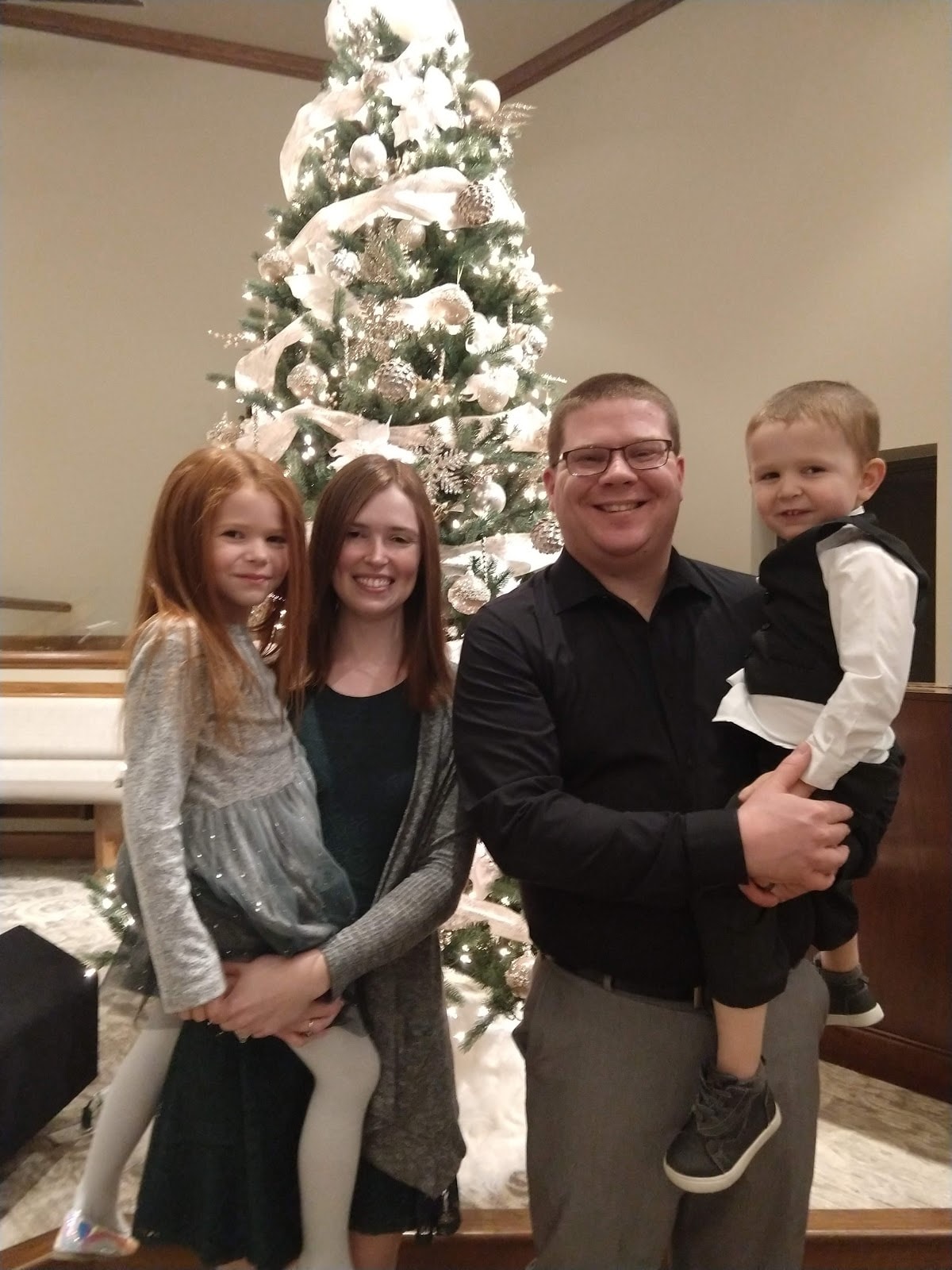 Pastor Craig, his wife Rebecca and their two children, Elsie and Lincoln

On Wednesday June 22nd I sat down to speak with the Teaching Pastor from Celina First Church of God, Craig Flack. We spoke for close to 2 hours, and in that time Pastor Craig spoke to me about his successes, his struggles, and his beliefs. At risk of giving the rest of the story away, I found his story and his perspective on it to be immensely uplifting. At the core of Craig’s pastoral philosophy is recognizing God as sovereign and embracing the way in which God has created you, with uniqueness and originality.

Which brings us to Craig’s title, “Teaching Pastor”. On the Celina First website he is titled as a Teaching Pastor, and his emails are also signatured the same. I asked him about this somewhat trendy title, in light of the fact that the position Craig is in would normally be called “Lead/Senior Pastor”. He told me that “My primary job is to teach and preach. Where God has gifted me is teaching the word of God.” Pastor Craig’s history and life experiences line up with this assessment. He started college with a trajectory towards history education, a.k.a. teaching. By the time he realized that he wanted to pursue ministry, he was already so far down the history program that he switched to being just a history major instead. But his work with the Christian organization Young Life, and his discipleship opportunities galvanized his resolve to keep learning (this time about theology) and to pursue teaching.

“God has turned it around and used it as an amazing tool.”

That God has gifted him with the ability to teach well, I think, is worn like a badge of honor for Pastor Craig. You see, Craig has a learning disability, which is not something you would know while talking to him. In fact, he spoke so quickly that I struggled to take notes. But it means he has always struggled with certain aspects of study. “I have been in remedial English and language classes from grade school on up. I had extra time in every test. I had tests read to me. Reading and reading retention, I’ve always struggled in school.” And yet he still believes he is gifted at teaching. He describes his preparation process as so strenuous, that by the time he is done, anyone can understand it. “God has turned it around and used it as an amazing tool. I have to simplify things way down, and then naturally I teach it in such a way that anybody can get it. It’s low shelf, accessible to anyone. I put it at a 7th grade reading level.”

Somewhat humorously, Pastor Craig called himself the “NIV of teaching”, referencing the fact that the NIV intends to use common English that can be understood by a wide range of people and audiences across the globe. It’s because of this that Pastor Craig doesn’t accept excuses from others who say that “reading scripture is too hard”, or that “they just don’t understand it.” He says that “I’m not the smartest person in the room. So what else is your excuse?” Craig sees his learning disability in the light of how it benefits his community, of how God has used it to improve his teaching skills. The older folks in his congregation were given hope by his deep knowledge of scripture, and with how well he communicated it. Some said that “I didn’t know the young generation still believed” although, somewhat ironically, Craig wanted nothing to do with God through most of his adolescent years. Yet he was proof to them that the young generation could still grapple with the text and preach it with sincerity and truth.

Pastor Craig’s perspective on this issue upholds his belief that God’s sovereignty is at play in the way we are created as individuals, that we are made uniquely, with intention and purpose. This is not to say that he didn’t struggle, that he never wanted to give up or that he didn’t become overwhelmed at times. In fact, his seminary experience was so tough that he was ready to quit. “I felt very dumb because the rest of my classmates were crushing it. I had an arrogance to hide behind other giftings God has given to me. [I felt that] I shouldn’t have to feel dumb.” But it was Becca, his wife, who, without saying a word, sat him down and helped him study, reinforcing the fact that, with time and perseverance, he could learn the material. He said “she literally read every single paper I wrote for Winebrenner. Seminary is OUR degree. Graduation felt like a culmination for us. We did this together.”

Winebrenner proved to be just the right place for Pastor Craig. “They were looking to equip the called. Dr. Sweeney (current director of the M.Div. program) would remake tests and give me the opportunity to retake the test after he personally tutored me. That’s what’s special about Winebrenner. They were going to work with me because I was going to put the work in. They cared about me enough to walk alongside me. You didn’t have to be a 4.0 student for them to care.”

Craig recalled that during one of his courses, while learning about flood myths from other religions, he was simultaneously helping a woman who was struggling to feed her children. It was this balance of perspectives, the vast breadth of learning he was accomplishing at seminary, in combination with his practical ministry experience that enabled him to be a Teaching Pastor. Not just a teacher, whose goal is to help people learn new things, like ancient flood myths, but a pastor who was knowledgeable and capable of meeting people where they are in their faith journey.

“They cared about me enough to walk alongside me. You didn’t have to be a 4.0 student for them to care.”

For Pastor Craig, having a clear, intentional label also “establishes healthy expectations.” It helps the congregation understand that he has a specific gifting and calling, and that likewise, other pastors, elders, and leaders in the church have their own giftings which should be utilized. He didn’t want to set the precedent that by being the “lead” pastor or the “senior” pastor, that he felt he was more important or wholly in charge.

Not long after graduating, Pastor David Odegard (a seminary “battle-buddy”, from Wharton First Church of God) suggested that Craig should apply for the open pastor position at Celina First CoG. When applying for the position, Craig was told by a close friend (Matt Cable) to “Go in and be completely yourself. The worst thing that can happen is they hire the person you pretended to be.” There was some speculation that Craig might not get the job, given that it was a very good position and he was fresh out of seminary with about 5 years of practical ministry experience. After his first interview, Celina First called the Flack family almost immediately to schedule a second interview. Apparently, God was moving on the elders of Celina. Craig preached at Celina the following week, did a second interview, and was unanimously accepted as the next pastor of Celina First Church of God. If it sounds fast written down, that’s because it all happened quickly for Pastor Craig as well. In about 8 days, Craig went from a ‘hail Mary’ interview for a dream job to accepted. Meanwhile, Celina First gave the Flack family the stability they needed for Becca to be able to be a stay at home mother, something that has been a tremendous blessing for their family.

It is no secret that Celina First has been flourishing. When Pastor Craig officially started in January of 2016, the church was averaging around 130 people every week. Now, they average around 300. When asked about this, Pastor Craig said that “The reason we have succeeded in a ministry sense is that we are a healthy church. God has provided the growth, a word that people can understand, and a healthy church family. It wasn’t because I was cool.” He stressed just how lovely his church family is, and how they have enabled him to flourish and have supported his vision for the community. Craig says that he is able to lead from “90% relational authority and 10% positional authority”. It’s not his title that keeps people listening to him, it’s the strong relationships he, and his church family, have built. Likewise, he attributes the church’s success in every category first to God’s sovereignty, and second, to the kind, welcoming nature of the congregation. 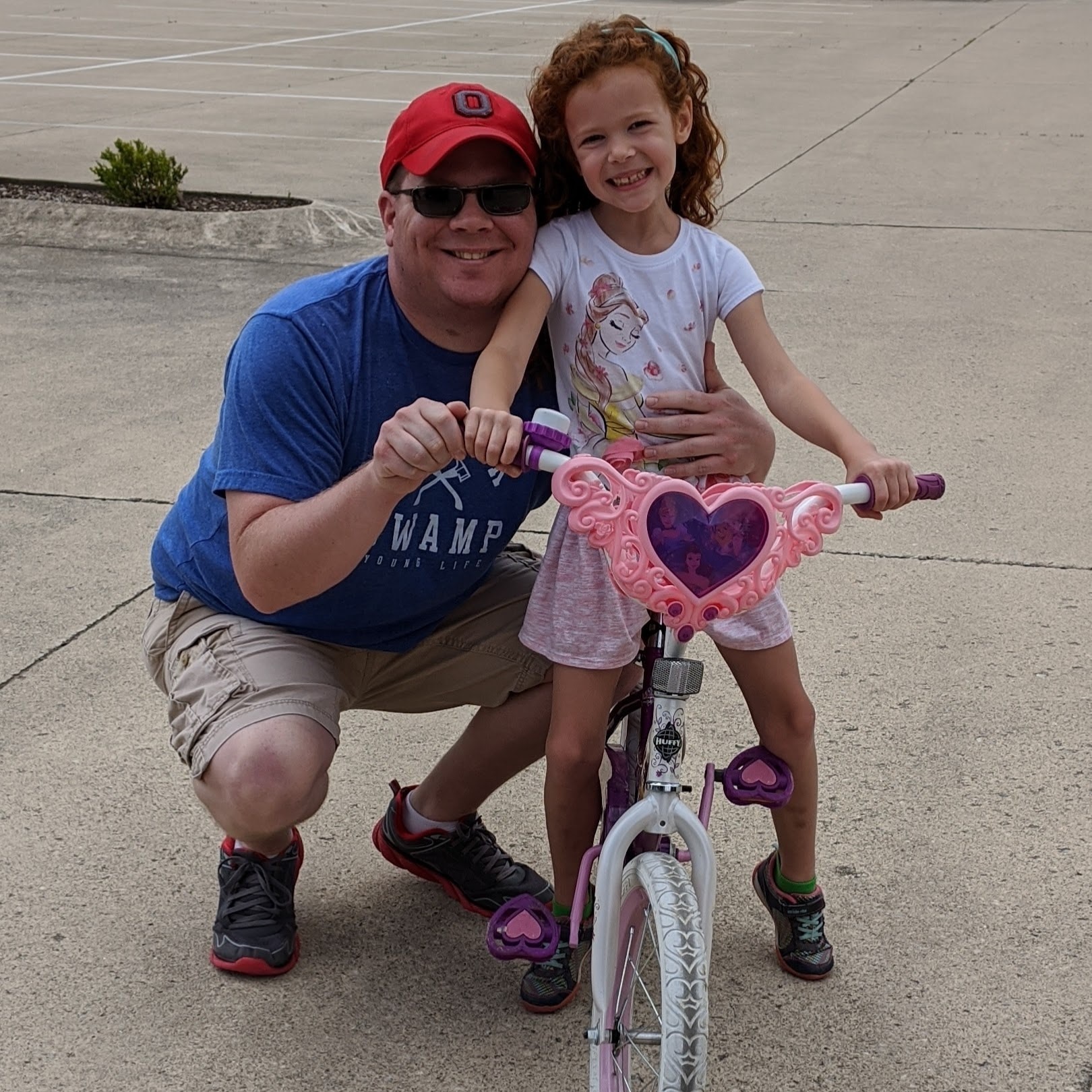 At the same time, he recognizes that this isn’t a simple rubric for church success. “I have no tips. There are many pastors who have done this and do not have growth. I’ve seen others do the same things and haven’t seen that growth. It’s hard and difficult.”

I next asked Pastor Craig about how being a pastor has affected his family life. Largely, I get the sense that the church has been a boon and a blessing, particularly in the way the church has adopted Becca and their children, Elsie and Lincoln. Still, like many of the pastors I have spoken to, Pastor Craig mentioned the value of proper boundaries. He puts his phone down from the time he’s home until his children go to bed. His vacations are off limits from ministry work. Overall, he doesn’t want his family to resent the church or his occupation as a pastor. For Pastor Craig this takes the form of modeling consistency of character, being the same person on Sunday as he is on Tuesday. And again, that ever-present focus on God’s calling for your life is modeled for his children, who he doesn’t expect to go into ministry. Craig and Becca are excited to see what “wonderful plans” God has in store for their children’s lives. “I just hope I can teach her [Elsie] values. But it’s not for me to decide.” The rest is presumably between God and their children as individuals.

Lastly, I asked Pastor Craig to tell me what the gospel meant to him. His response is below, in full. But before that, I wanted to thank you for taking the time to read, and to Pastor Craig Flack for giving me his valuable time and sharing so many powerful pieces of advice.

“The blessing is that I get to be with the Lord through it all.”

“The gospel is first and foremost salvation. It is salvation from Hell and from self. Because Christ died, paid the penalty from my sins.

I am free from eternal punishment. It is freedom from hell and from my flesh.

If you want to visit Celina First Church of God, you can find more information on their website here. Or you can find them on Facebook here.

May God bless you as you go,